Rob and Hannah went down to Somerset for a steam-powered trip across the Bristol Channel. This post is about the first day of their short break. 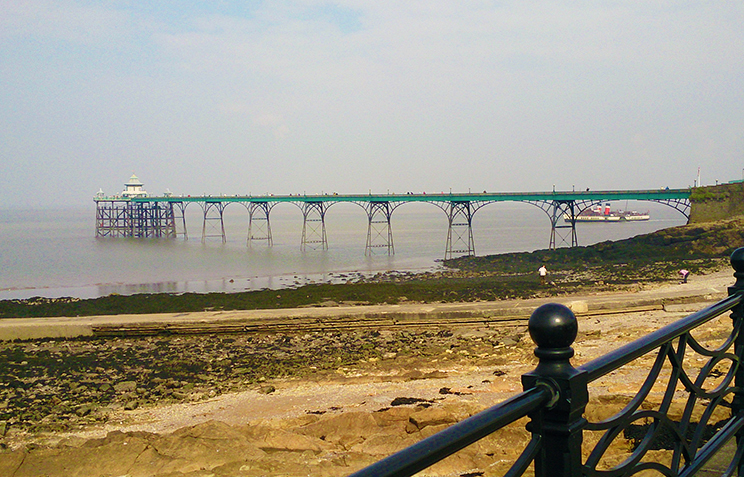 In September, we travelled to Somerset for a trip on a paddle steamer, a mountain railway ride, and then a visit to some caves. Our journey began in Clevedon, where we boarded the PS Waverley. 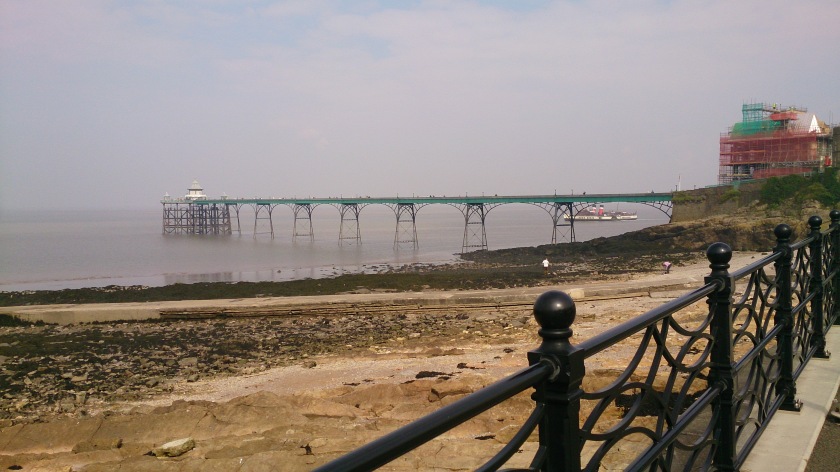 Clevedon and the PS Waverley

The PS (Paddle Steamer) Waverley is the last seagoing passenger paddle steamer in the world. The original PS Waverley (named after Sir Walter Scott’s novel) was built in 1899, and served as a minesweeper. The older vessel was sunk in 1940, during the Dunkirk evacuations, but is commemorated by its successor. 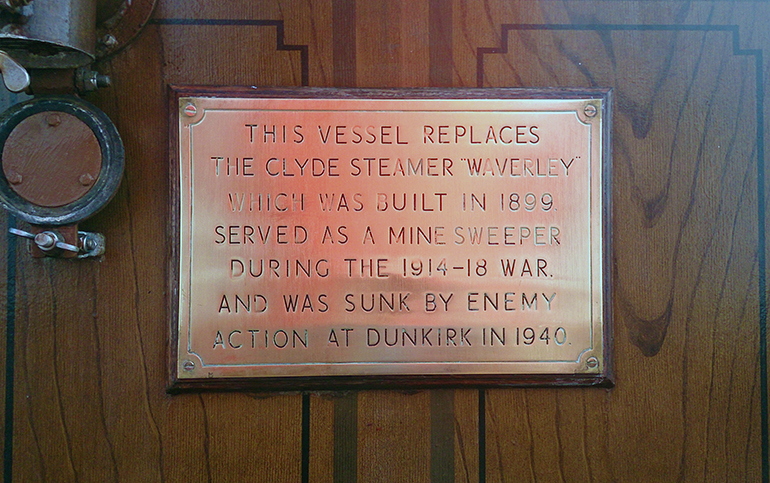 Work began on the new Waverley in 1945, in the Clyde shipyards, and the ship was completed and launched in 1946. The Waverley’s maiden voyage was in June 1947, when the ship entered the service of the London and North Eastern Railway (LNER). PS Waverley originally sailed the LNER’s Firth of Clyde steamer route from Craigendoran Pier, via Loch Long to Arrochar. 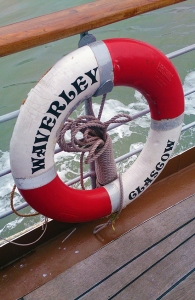 In 1948, Britain’s railways were nationalized, and the Waverley was brought into the Caledonian Steam Packet Company (a branch of the Railway Executive), which eventually merged with the West Highland ferry company David MacBrayne Ltd to form Caledonian MacBrayne (CalMac) in 1973.

Sadly, by the time CalMac was formed, there was little use for the PS Waverley. Passenger numbers had declined, and the ship was in need of work to ensure it remained seagoing. The company decided that the Waverley wasn’t worth the investment, and so withdrew it from service after the 1973 season. However, CalMac were still keen for the ship to be preserved, and so they sold the Waverley to the Paddle Steamer Preservation Society for the token sum of one pound in 1974. 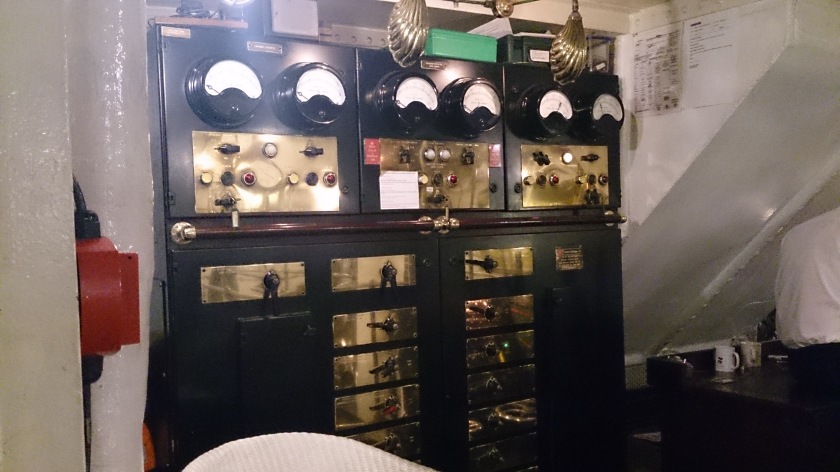 In order to preserve the PS Waverley for future generations, funding was sought for renovation, and the Waverley Steam Navigation Company was set up to operate the ship. This began the Waverley’s second life as a well-loved tourist attraction, and the final restoration work—returning the ship to its original 1940s style—was completed in 2003. The Waverley has now carried over five million passengers on its various tourist trips, sailing from over sixty ports around the UK. 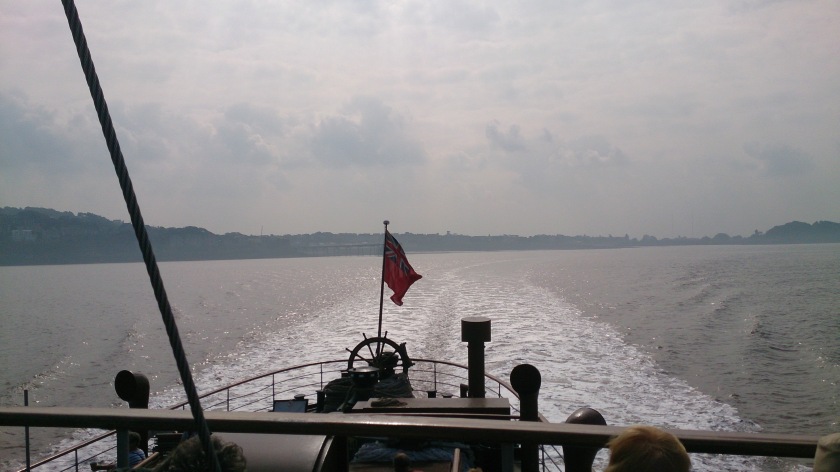 Although there are now many trips to choose from, Hannah had a yearning to travel the Bristol Channel, and so we booked on the Clevedon-Penarth sailing. This was doubly attractive because, as well as the sailing, the ticket included a coach trip up into the Brecon Beacons and a trip on the Brecon Mountain Railway (more on that shortly).

We met the PS Waverley at Clevedon Pier, which is a fascinating attraction in its own right. Built in the 1860s, the pier was famously described by John Betjeman as ‘the most beautiful pier in England’. It opened in 1869 and was used as an embarkation point for paddle steamer trips to Devon and Wales for almost a century. The pier was designed by local architect Hans Price, and construction was carried out by engineers John William Grover and Richard J. Ward. It stands at 1,024 feet (312 metres) long, with eight spans (supported by Barlow rail legs) and wooden decking.

But just like the PS Waverley, the history of Clevedon Pier wasn’t a smooth journey. Although the pier began life as a new, fast route to South Wales, it was quickly superseded by the opening of the Severn Railway Tunnel in 1886. By 1891, ownership of the pier had transferred to Clevedon Council, and the pierhead was in need of some expensive repairs. A new landing stage was constructed, and a pagoda-style pavilion (also designed by Hans Price) was erected at the pierhead. 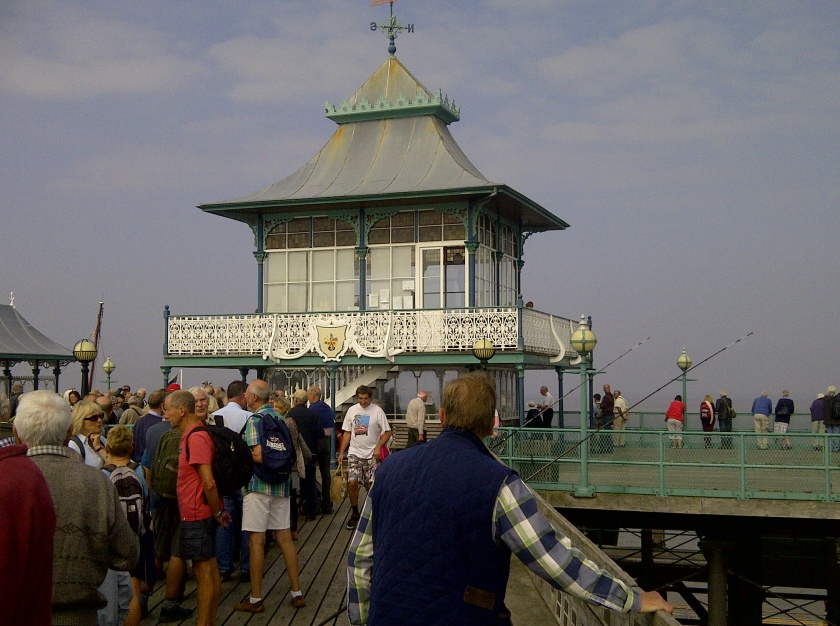 The pier continued to serve as a boarding point for paddle steamers—and as a tourist attraction in its own right—until the 1960s. However, disaster struck in 1970, when two of the eight steel spans collapsed under routine stress-testing. The first six spans passed the test, but Span No. 7 collapsed, bringing down its neighbour and leaving the pierhead and pavilion standing (rather lonely) out at sea.

The Clevedon Pier Preservation Society was formed in 1972, and its members campaigned for the pier’s restoration (successfully fending off the district council’s application to demolish the pier in 1979). In 1984, funding was secured from English Heritage and the National Heritage Memorial Fund (as well as other sources), and the restoration work began. Other restoration worked was funded by a passionate local campaign, and the reconstruction work to the spans and decking was completed in 1989. Thanks to funding from the Heritage Lottery Fund (and yet more campaigning), the pierhead was restored and reopened in 1998. It is now a Grade I listed building (sadly now the only pier in the country to have this status, as it had previously shared the accolade with Brighton’s West Pier).

We didn’t linger long at Clevedon, though, as we were soon heading out over the Bristol Channel to Wales. The weather was nice, and the crossing was very calm. We spent our time exploring the PS Waverley—there is something wonderfully hypnotic about watching the machinery at work in the engine room—and just sitting on deck, enjoying the calmness of the water around us. 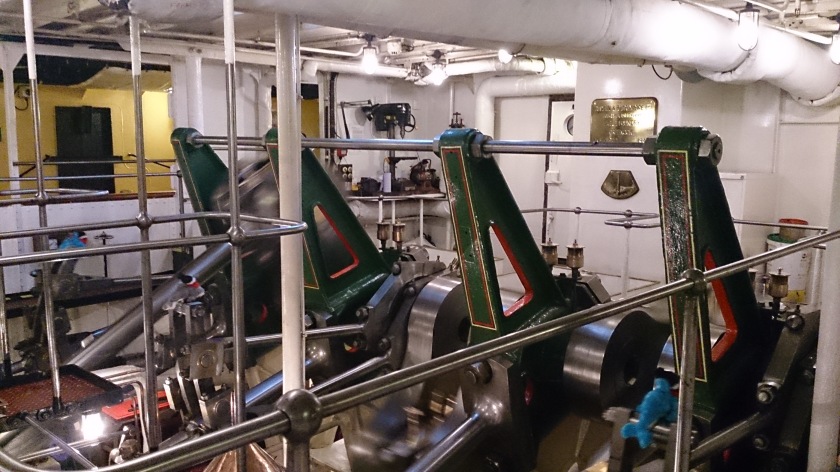 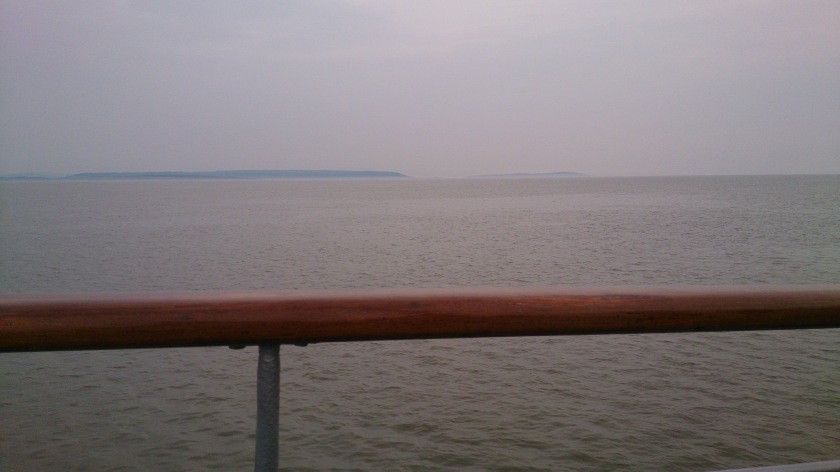 And then… we saw the coastline of the Vale of Glamorgan, and we began to approach Penarth Pier… 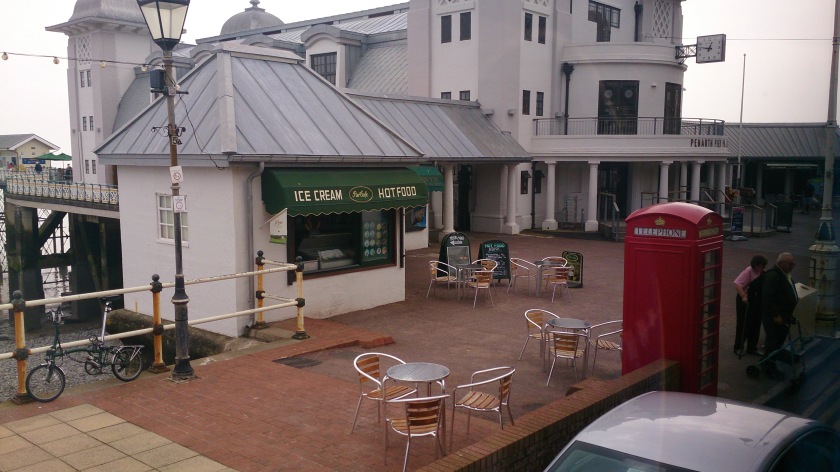 At 750 feet (230 metres) long, Penarth Pier is quite a bit shorter than Clevedon, but the two constructions have a shared history of welcoming the pleasure steamers and ferries that travelled between England and Wales. Opened in 1898, Penarth Pier was constructed from cast iron and wooden decking. After it was sold to Penarth Borough Council in 1929, a ferro-concrete Art Deco pavilion was constructed at the shoreward end of the pier. The pavilion has seen a number of uses during its life—including being a dance hall, a restaurant and a snooker hall—and in 2008 the charity Penarth Arts and Crafts Ltd was formed to restore and maintain the spectacular building. After securing a major grant from the Heritage Lottery Fund, the PACL were able to fully restore the building, and it is now in use as an art gallery, restaurant and community cinema.

But aside from admiring the beautiful exterior of the pavilion, we didn’t get much time at Penarth Pier. Our coach was waiting to take us through the Vale of Glamorgan and up into the Brecon Beacons—our destination was the Brecon Mountain Railway (Rheilffordd Mynydd Brycheiniog). 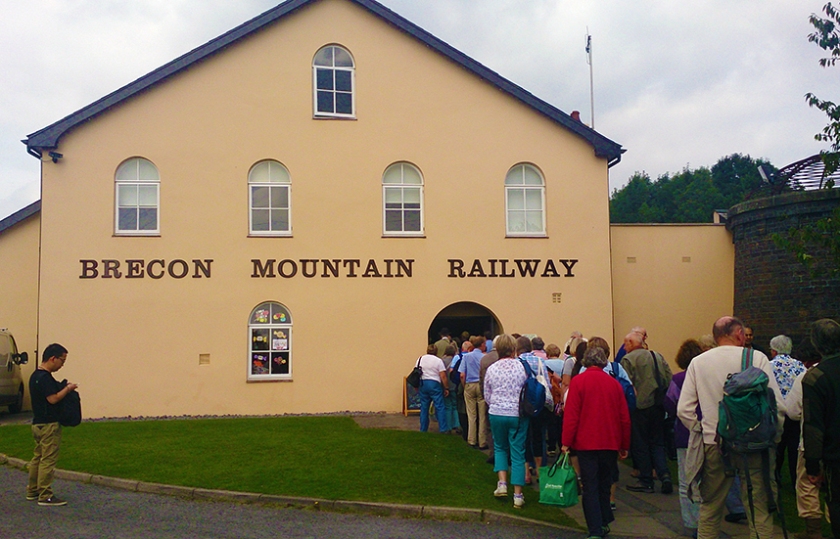 The BMR is a narrow gauge tourist steam railway, which operates on a five-mile stretch of track that runs from Pant, on the outskirts of Merthyr Tydfil, to Torpantau. 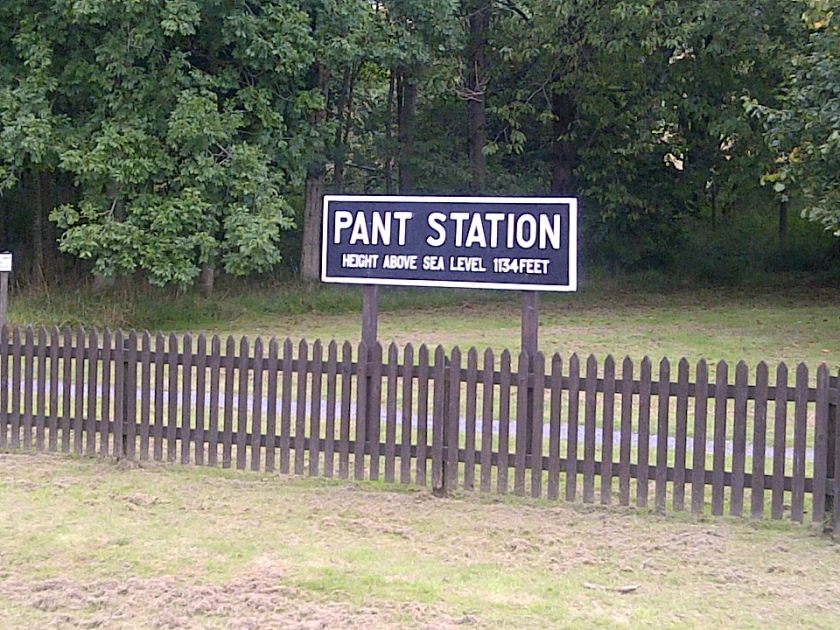 The BMR runs on a section of the trackbed of the Brecon and Merthyr Railway. This railway line was constructed and opened in stages in the 1860s. Its southern section linked Bassaleg (now a suburb of Newport) with the ironworks at Rhymney, and was mainly a mineral line transporting coal. The northern section travelled on through Pant, Pontsticill, and then via tunnel to Brecon, operating mostly as a passenger line servicing the isolated rural villages and farms. At Torpantau (north of Pontsticill), trains entered a 666-yard (609-metre) single line tunnel—which, at 1,313 feet (400 metre) above sea level, was the highest railway tunnel in Britain.

The Brecon and Merthyr Railway continued on through the nationalization of the railways in 1948, but the service had never been particularly profitable. Gradually, its timetable was cut down (in the 1950s), passenger services from Pontsticill were stopped (in 1961), and—in the end—goods service were withdrawn. The line was closed completely in 1964. 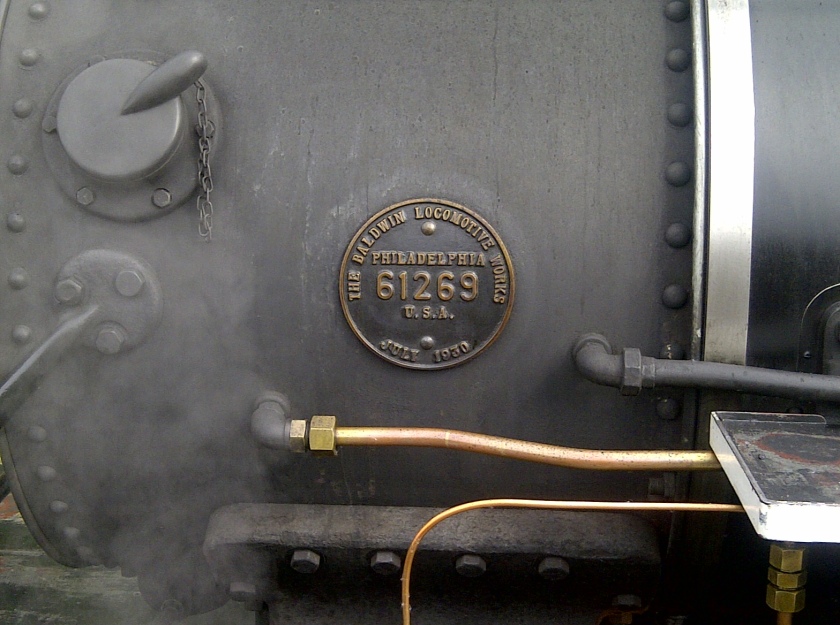 In the 1970s, an idea was had to construct a heritage railway along part of the old B&M track, operating restored steam engines from around the world. The section of the line between Pant and Torpantau was selected for the project, and work commenced in 1978. Although there were certain obstacles to be overcome—the site of the original station at Pant was unavailable, and the BMR team discovered that scrap merchants had removed both the track and the bridge girders—a narrow gauge line was constructed and opened to passengers in 1980 (using engine Sybil and a single carriage). 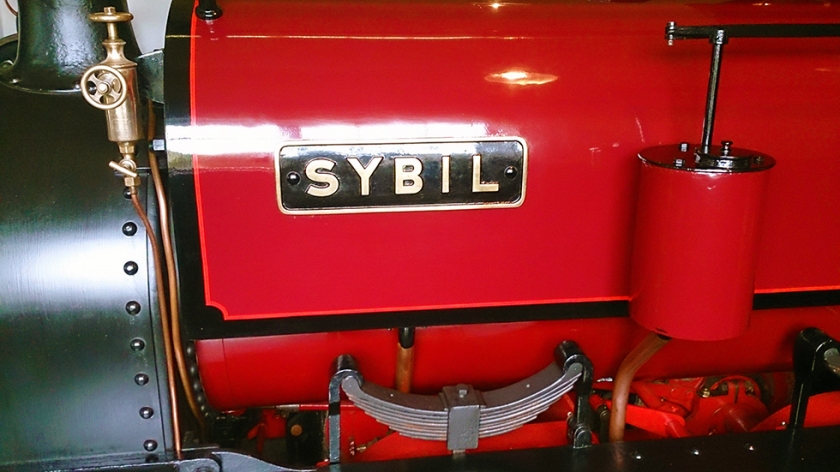 A new station was constructed at Pant, on land near to the original site, and this became the entrance to the new railway (including the car park, ticket office and café) and a workshop where engines could be restored and maintained. At Pontsticill, the shell of the station house was renovated, with the waiting room being converted into a small workshop and storage shed. Until 1994, the tourist line ran from Pant to Pontsticill, with work being done behind the scenes to restore additional carriages and engines to accommodate the increasing popularity of the line. 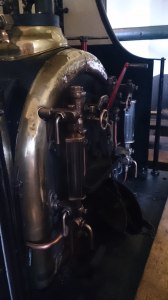 Work was also done to extend the line up the steep incline to Torpantau (as well as to renovate locomotives powerful enough to handle this climb). The first stage of the extension—between Pontsticill and Dol-y-Gaer—opened in 1995. The original Dol-y-Gaer station has now been renovated and converted into accommodation for the Plas Dolygaer Scout Mountain Centre, and so the line extension ended at a passing loop just before the site of the station.

In April 2014, the BMR was able to open a further extension to the line, taking passengers all the way to Torpantau. A single platform was constructed for the new northern terminus, and it sits just a stone’s throw from the southern entrance of the old Torpantau Tunnel, at the summit of the original Brecon and Merthyr Railway line. And so, a few months later, we were lucky enough to be able to enjoy the charming five-mile line (with plenty of restored carriages—there were a lot of people booked onto the trip that day!). 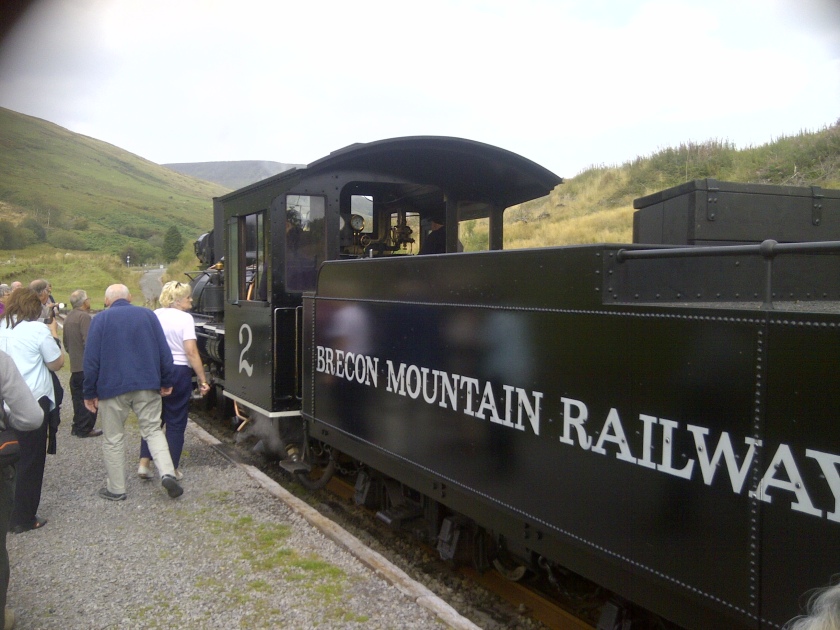 Leaving Pant, the views from the train are amazing. On the left-hand side, you can see the gorge of the Taf Fechan river, and on the right is a disused quarry. This gives way to a wooded valley, as the train approaches Pontsticill. 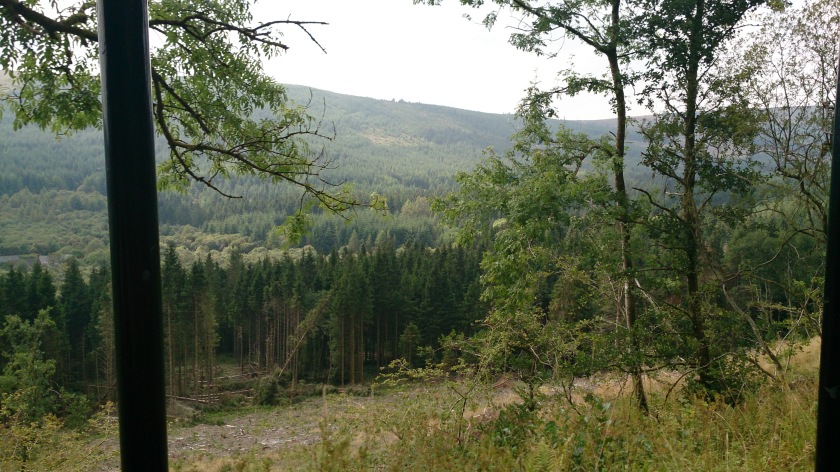 On the outward journey, the train travels straight through Pontsticill without stopping. To the left, you can see Pontsticill Reservoir. (We spent much of the ride in the gap between the carriages in order to better enjoy the views, though this did result in us both getting quite a bit of soot in our hair! Totally worth it.) After Pontsticill, the train passes through Dol-y-Gaer and begins the steepest part of its climb—you can now see Pentwyn Reservoir to the side of the line. 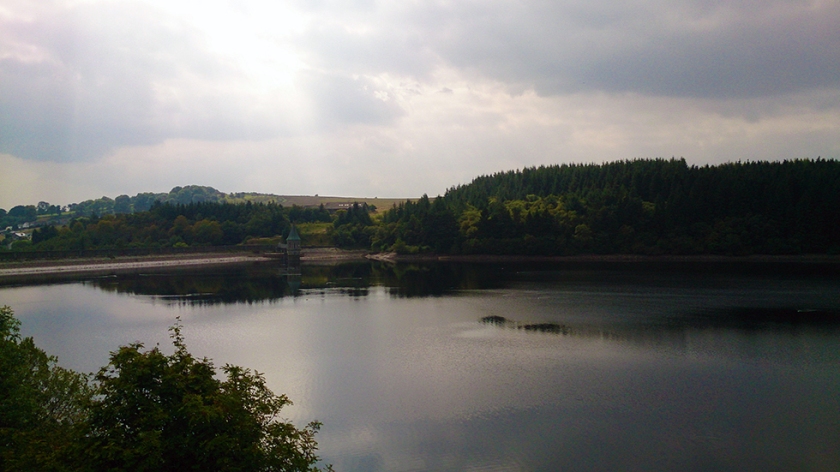 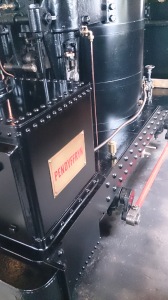 After a short break at Torpantau (to stretch our legs mostly, though if we hadn’t been on a schedule we could have had a bit of a longer walk and returned on a later train), we returned back down the line. On the way back, the train stops at Pontsticill, which now houses a small museum and workshop in the old station house. There’s a café at Pontsticill, but we were much more interested in visiting the Steam Museum and seeing the collection of small stationary engines and locomotives.

And then, we reboarded the train, wound our way back to Pant, and rejoined the coach. We had a (very) brief stop in Brecon, and then we returned to Penarth to rejoin the PS Waverley. Another beautifully calm sailing over the Bristol Channel—and another chance to enjoy the metal and power of the engine room—and then the lights of Clevedon Pier came into view. 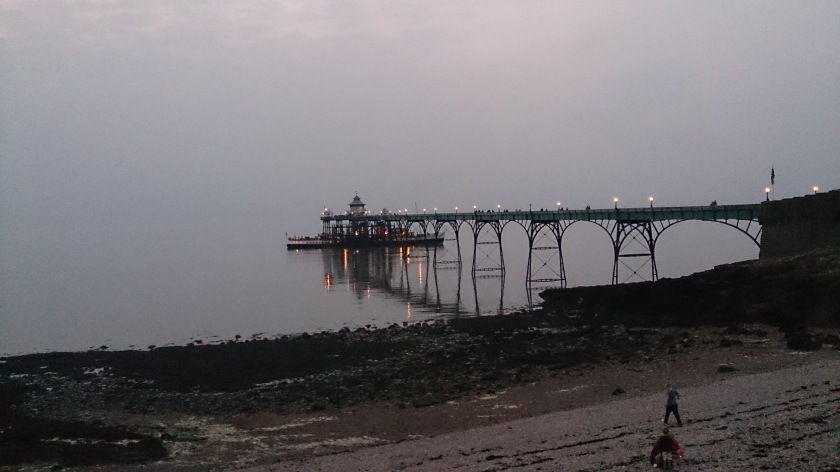 So… a magical day of lovingly restored heritage, steam power and scenery. We stayed the night at the very pleasant Orchard House B&B in Weston-Super-Mare, before going on to the next bit of our little trip to Somerset. But that bit—which was really quite different—will have to wait until our next blog post…